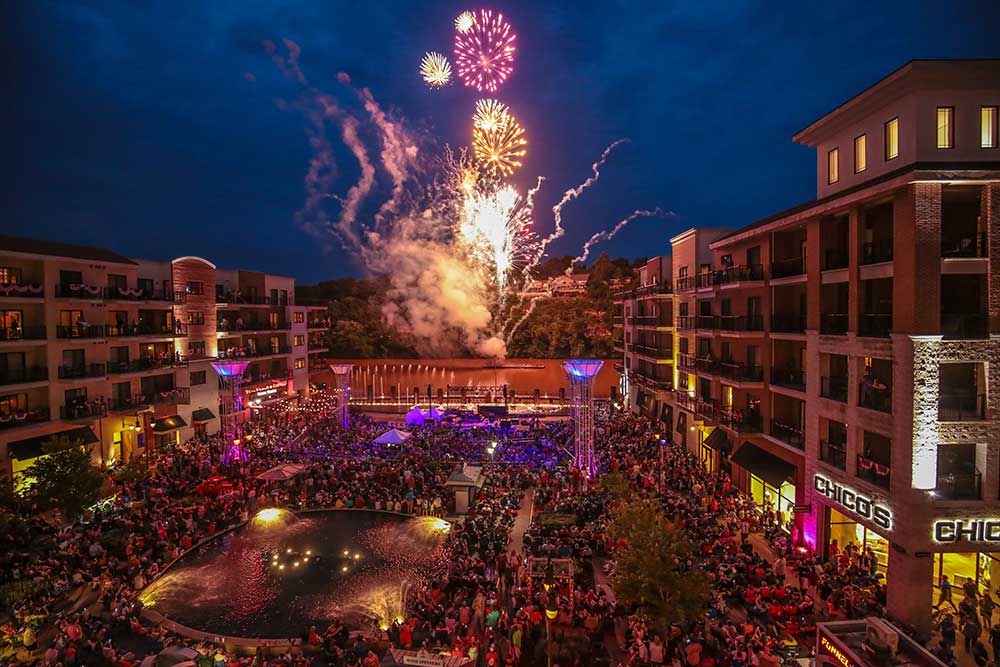 Around Branson we have a deep love of the outdoors, fishing, food … and a good time … We also definitely know how to celebrate our Independence! Here’s how Downtown Branson plans on marking July 4th this year.

July 3rd, 7:00-9:30pm, Branson Landing.
Billboards Top 40 Nashville artist Jason Pritchett and The Steel Horses will be performing lakeside on the Landing. Following his performance will be a spectacularly choreographed fireworks display over Lake Tanecomo.

July 3rd-4th, Main Street Lake Cruises.
With an early reservation (tickets go quickly) you and the family can enjoy the fireworks show above the Lake from the decks of either the old world classic Lake Queen paddle boat or the ultra luxury Landing Princess Yacht.

Other July 4th Festivities in the Branson Area

It’s a commonly known fact that, well “facts” get muddled and lost with history and time. But, did you know that our actual Independence Day is July 2nd?

On June 11, 1776, in anticipation of a positive reaction and consequently a positive vote for independence, the Second Continental Congress appointed the committee that would later be known as our Founding Fathers. Jefferson, Sherman, Franklin, Livingston, and Adams met and Jefferson spent 17 days writing the very first draft of the most important document in American history. After editing and revising, Americas 2nd Continental Congress met on July 1st and the following day, July 2nd, 12 of the 13 Colonial leaders voted for our Independence from England.

A year later, Adams wrote in a letter to his wife Abigail that Americans “would celebrate their independence on the 2nd of July every year,” but because the Declaration of Independence had been post-dated July 4th, that became the day that was officially recognized.