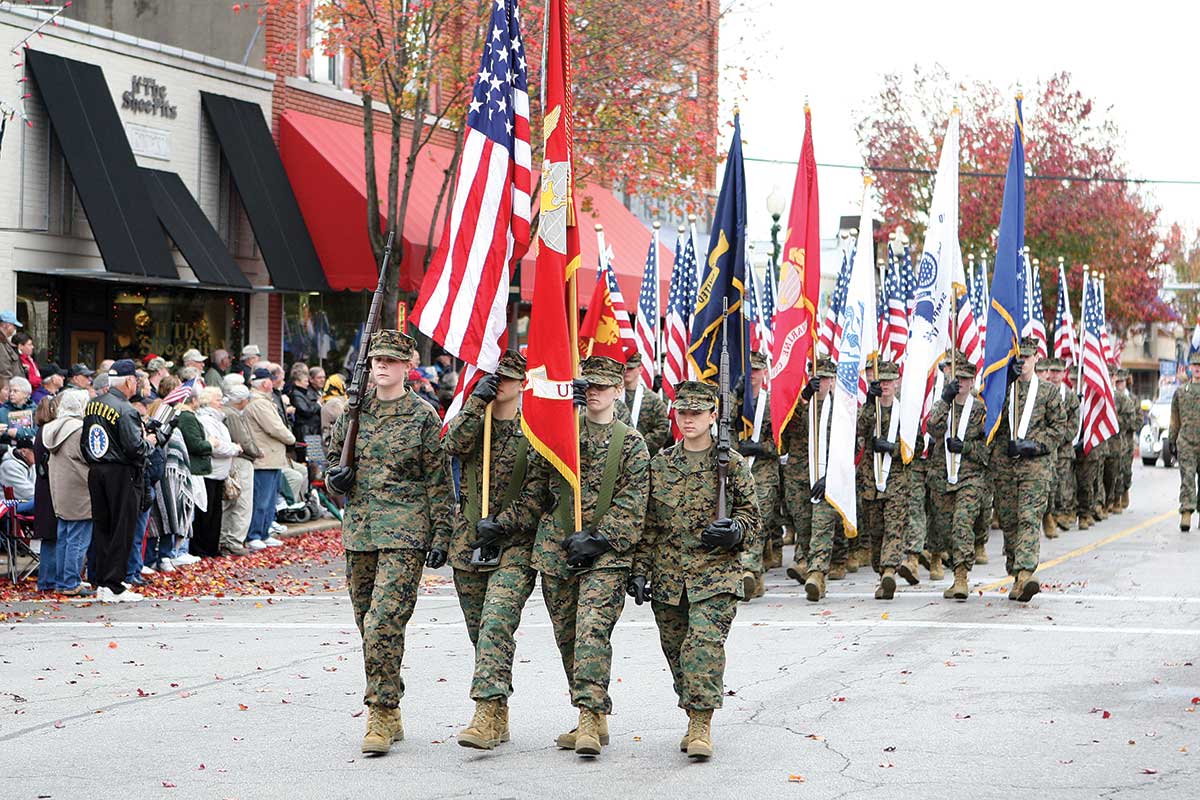 Branson honors our veterans and active-duty military every day, but for one week each year the town pulls out all the stops to host America’s largest Veterans Day celebration.

The week beginning November 5 each year and continuing until Veterans Day is known as Veterans Homecoming Week (or just “Veterans Week”). Thousands of veterans come to Branson, and throughout the week reunions and special events are held at various sites in the city.

The culmination of the week is the annual Veterans Day Parade held in Historic Downtown Branson on Nov. 11 at 11 a.m.

The free Sparky trolleys will be running until 6 p.m. on Veterans Day, Nov. 11, to help people get around (routes will be altered slightly at times due to parade road closures).

Some of the other veterans events being held around Branson include:

“Vets for Vets Celebration Show” Kicks off the week

Held at 2 p.m. on Sunday, Nov. 5, at The Mansion Theatre, this free show serves as the kickoff to the week. The show includes performances and tributes by a number of Branson entertainers, some of whom are veterans themselves.

Schedule to perform are Barbara Fairchild and Roy Morris, Michael Peterson of Raiding the Country Vault, Brandon and Megan Mabe of Branson’s Famous Baldknobbers, The Golden Sounds of the Platters, Jerry Presley’s “Elvis Live” and more.

A groundbreaking for the new Korean War Memorial at College of the Ozarks’ Patriots Park on the college campus. The public is invited to attend the brief ceremony at 11:30 a.m. on Wednesday, Nov. 8. The memorial will honor the 944 Missourians who died and also honor all 36,574 Americans who gave their lives in the conflict.

Designed by James Hall of Nixa, Missouri, the stunning bronze monument, titled The Pain of Sacrifice, depicts a brave service member who just lost his brother in arms. This piece illustrates that war is a necessary evil; sacrifice comes with war; and war is painful, especially during loss.

“Flames of Freedom” at College of the Ozarks

This original, patriotic live drama is playing in the Royal Oak Auditorium in the Keeter Center at 2 p.m. through Nov. 16, 2017. However, a special 7 p.m. showing is planned on Nov. 9  for veterans and their families.

The play tells the true story of Lt. Earl Woodard, a graduate from The School of the Ozarks who became a navigator on a B-17 bomber during World War II. Woodard, otherwise known as “Woodie,” was shot down over occupied France and was transported undercover to Paris, where he was turned over to the French Resistance. Find out what happens to Woodie and his crew in this inspiring, patriotic production. Admission to the play is free.

Also available for viewing at the Keeter Center is the semi-permanent “More Than a Name: To Honor and Remember” exhibit. 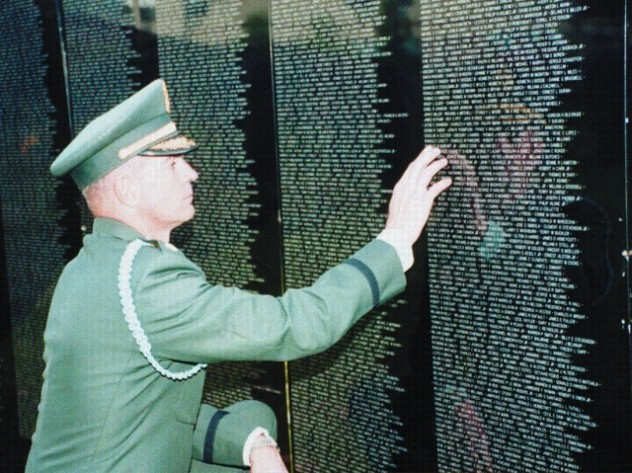 For the 20th year, the traveling Vietnam Memorial Wall will be on display in Branson at the Welk Resort. The wall is the official half-scale replica of The Wall in Washington, D.C. and lists each of the more than 58,000 fallen servicemen and servicewomen from the Vietnam Conflict. The wall is available for viewing each day from from 8 a.m. – 6 p.m. Nov. 5 through Nov. 11.

An opening ceremony for the wall will be held Monday, Nov. 6 at 10 a.m. at the Welk Resort. A POW/MIA Service of Tribute and Remembrance will also be held at the wall at 8 a.m. on Tuesday, Nov. 7.

The IMAX Entertainment Complex and Elite Cinema III is hosting the 5th Annual Military Film Festival Nov. 6 through Nov. 10. Seating begins at 8 a.m. for a different film to be screened at 8:30 each day. Movies include:

Admission is free for veterans and $5 for all others.

This article doesn’t list all of the events and reunions going on for Veterans Week. For a more-complete list of Veterans Week 2017 events in Branson, visit ExploreBranson.com/veterans