The Branson area is one of the most picturesque areas in the Midwest, and these are a few of the many great spots in Downtown Branson for shutterbugs and selfies.

Painted in 2016, this mural has quickly become one of the favorite selfie spots in Branson. Located on Sycamore Street on the side of Cadwell’s Downtown Flea Market, the 20-foot-high mural towers over anybody standing in front of it.

Directly across Main Street from Trolley Stop #5/#13 is one of downtown’s landmarks, Dicks 5 & 10. The store itself and the items inside make a fascinating subject, and Main Street’s sidewalks are another great selfie location. 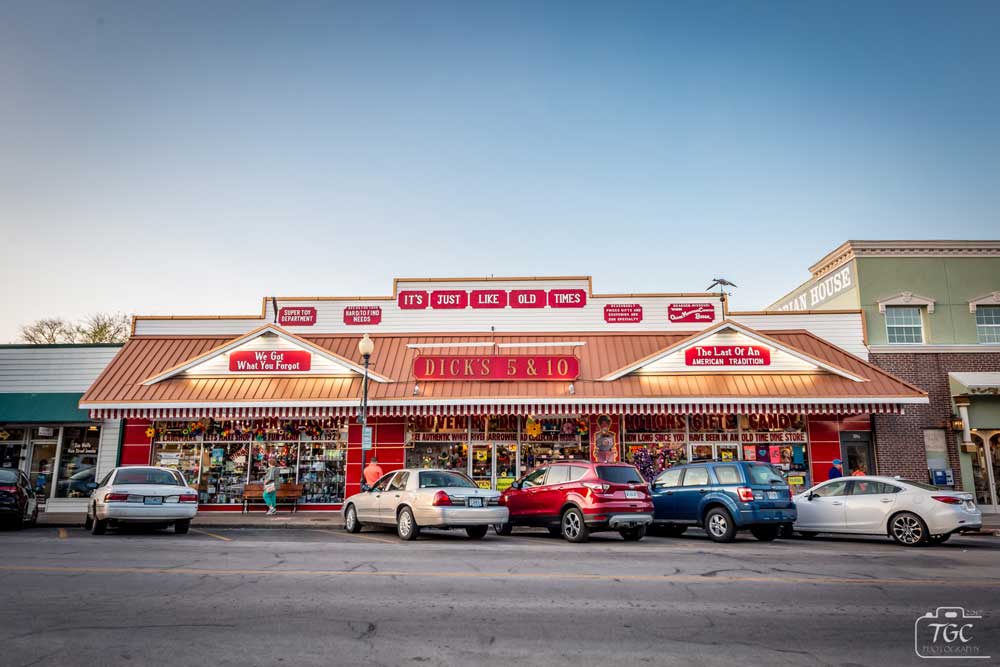 This more than 1-mile-long walkway is a favorite for walkers, joggers, bikers and photographers too. You can frequently see ducks and geese, and the views of Lake Taneycomo are the best in town. 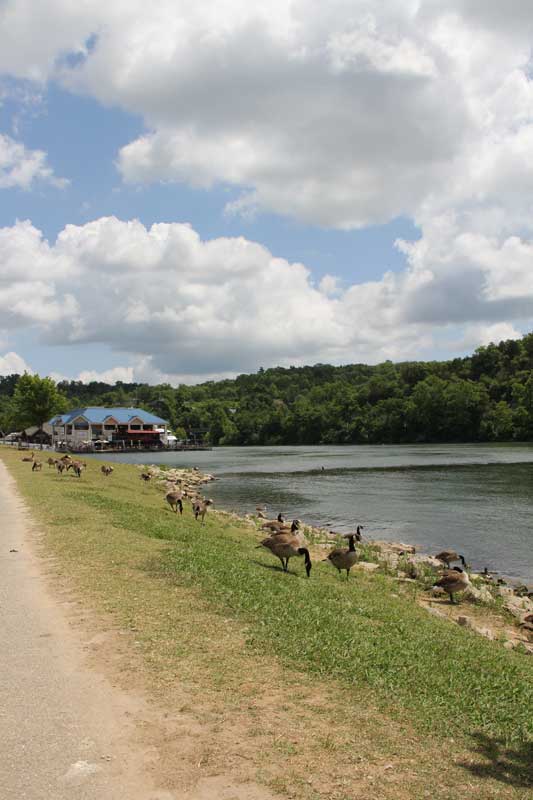 This hidden gem is located next to the Table Rock Asphalt Construction Company’s offices, directly visible from the north end of Commercial Street. This former Mo-Pac cupola caboose was built in 1950 and served on the Chicago & Eastern Illinois and Missouri-Pacific railroads until 1985, when it was retired to its current location. 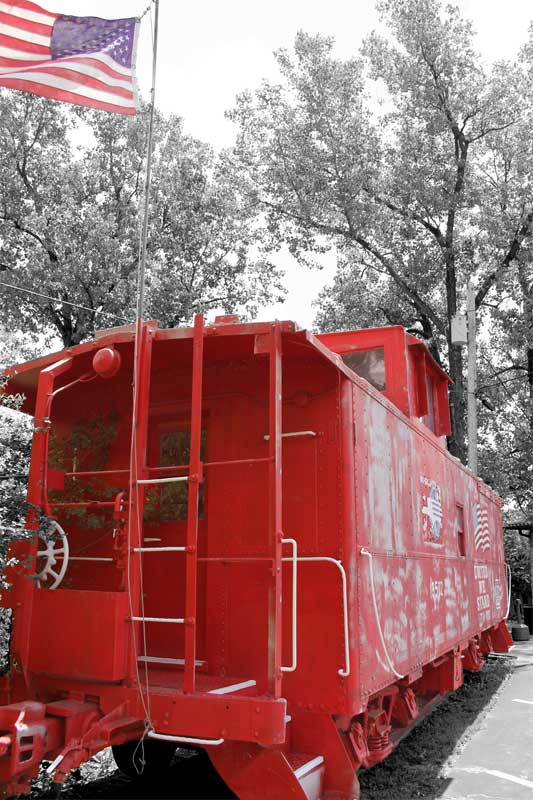 Speaking of trains … Whether photographing from inside the elevated observation cars or outside shooting pics of the train itself, this historic and unique railroad makes for great pictures! The train’s main locomotive dates to 1951, and all the passenger cars date from 1939-1956. 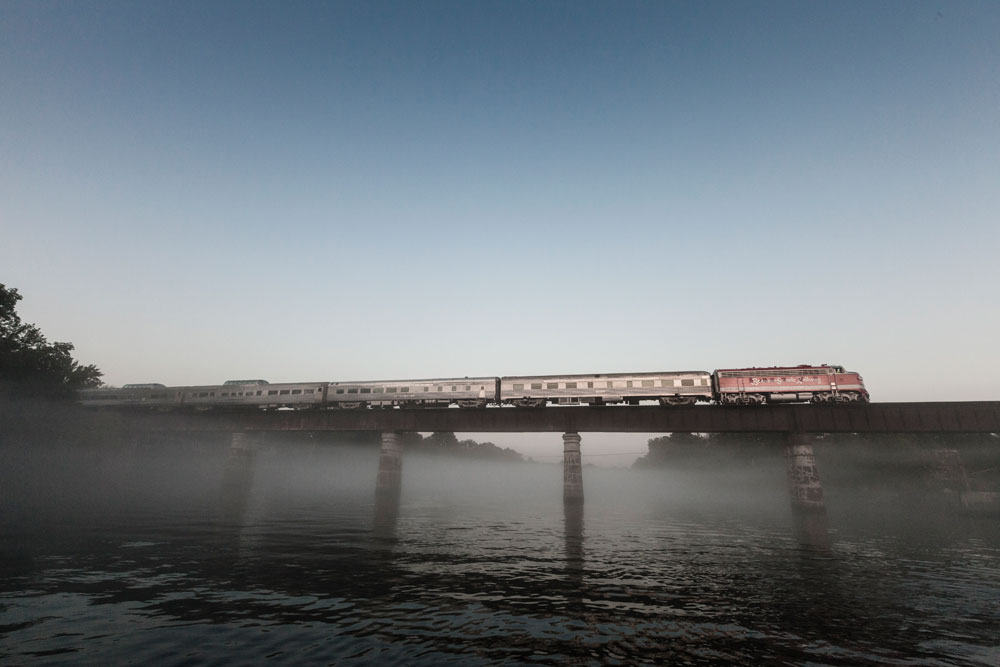 Whether there’s a concert going on or it’s just the regular hourly fire and water show, the fountain area is one of the most photographed spots in Branson. 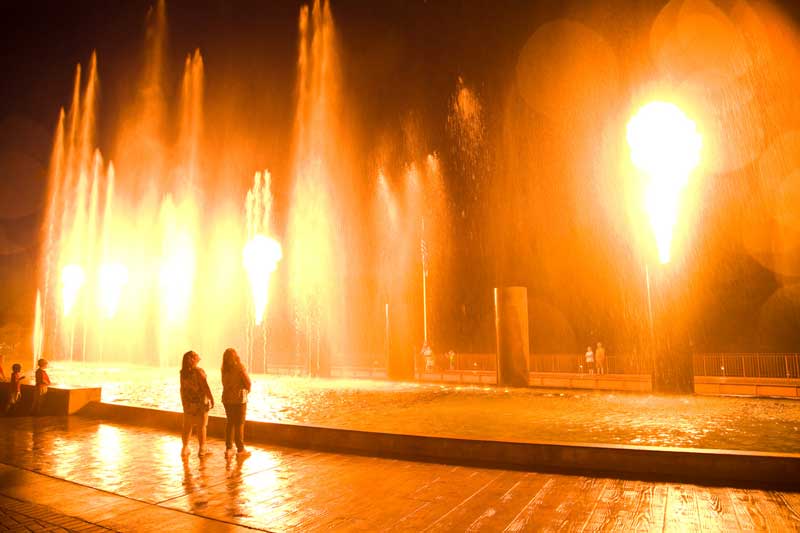 At the north end of the Branson Landing Boardwalk, the trail continues into North Beach Park, which is home to a city park with many old-growth trees, picnic areas and more great views of Lake Taneycomo. 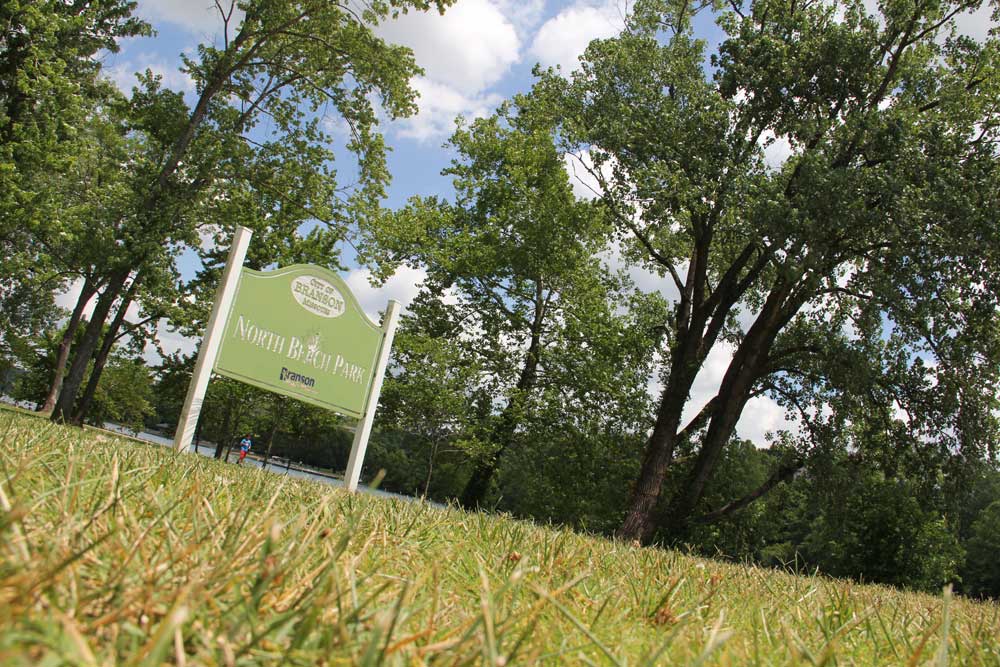 A Branson Landmark since 1931, this historic bridge is the longest and oldest “spandrel arch” bridge in use in Missouri. It was rehabilitated in 2012 to include a new roadway and expanded walkways. Many mornings, the lake is shrouded in fog, making for great sunrise photo opportunities. 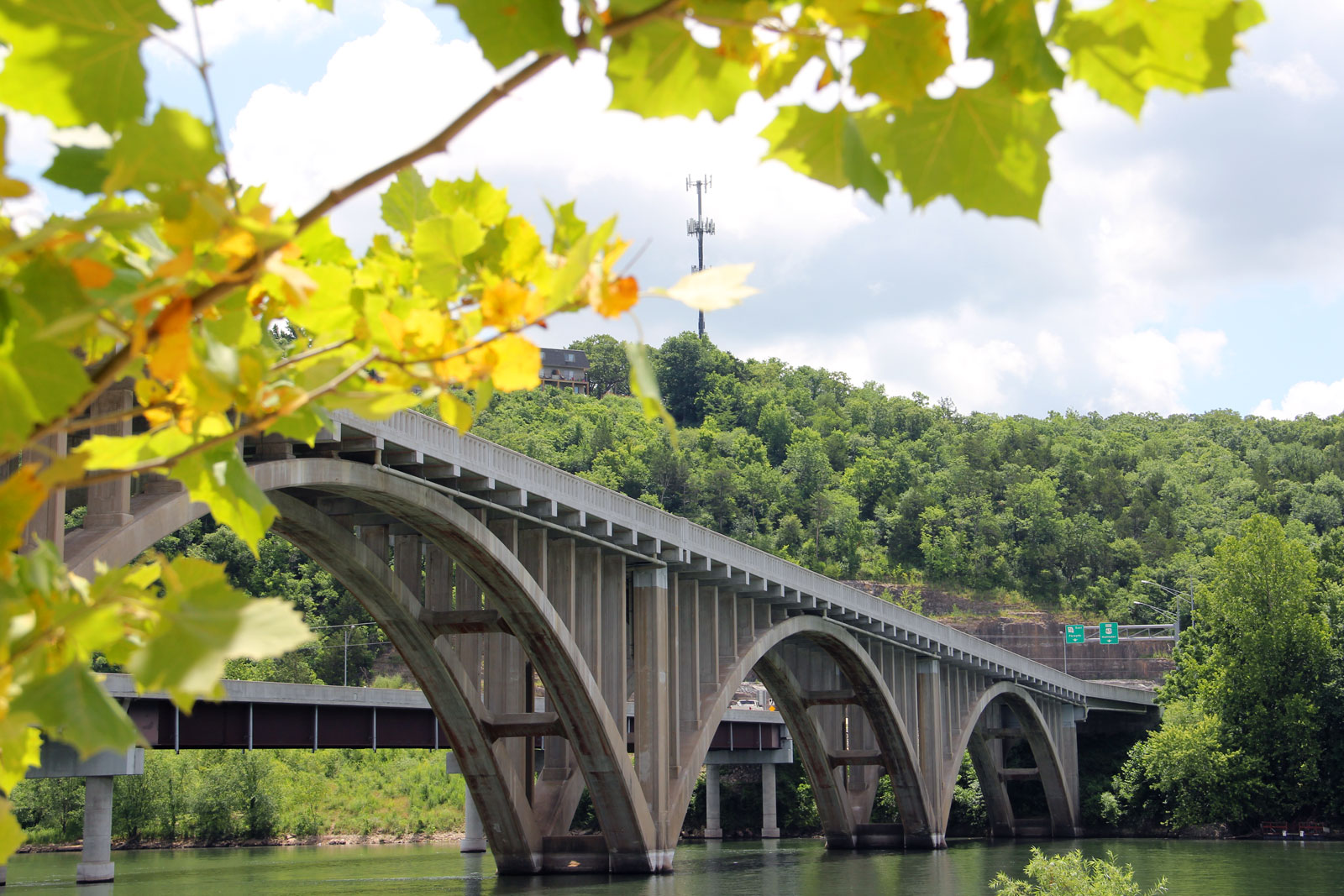 Towering over downtown is the 12-story Hilton Branson Convention Center Hotel, also directly connected to the 220,000 sq. ft. Branson Convention Center. The architecture of both facilities incorporates unusual curves and waves, a nod to nearby Lake Taneycomo. There’s also liberal use of glass, natural colors and timbers that are modern, yet at home in the Ozarks. 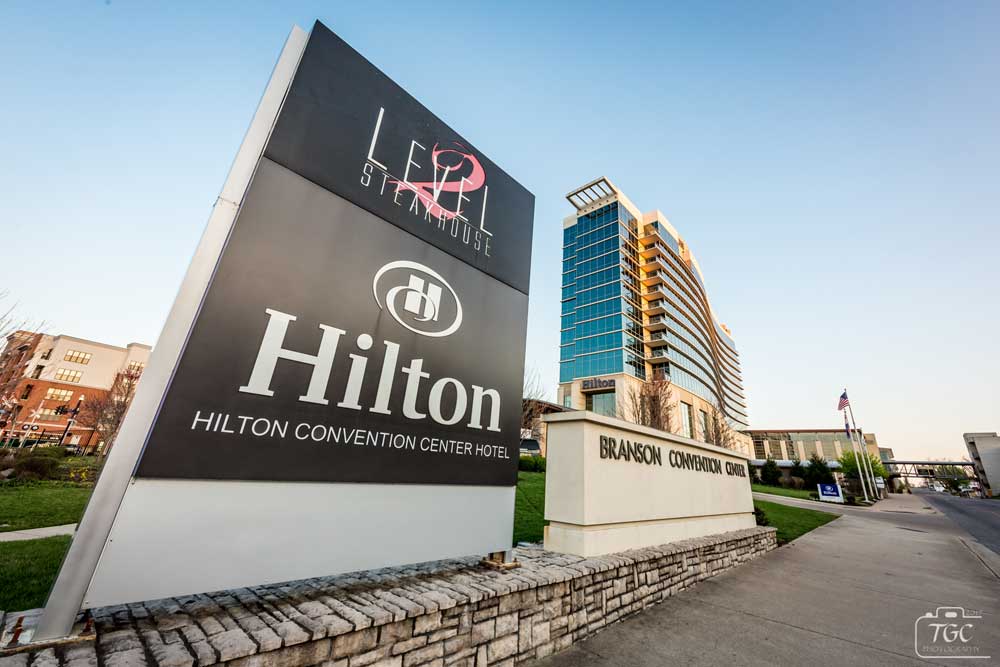 We may be a little partial, but we think the best selfie spot in downtown is on the trolley! Be sure to tag #RideSparky 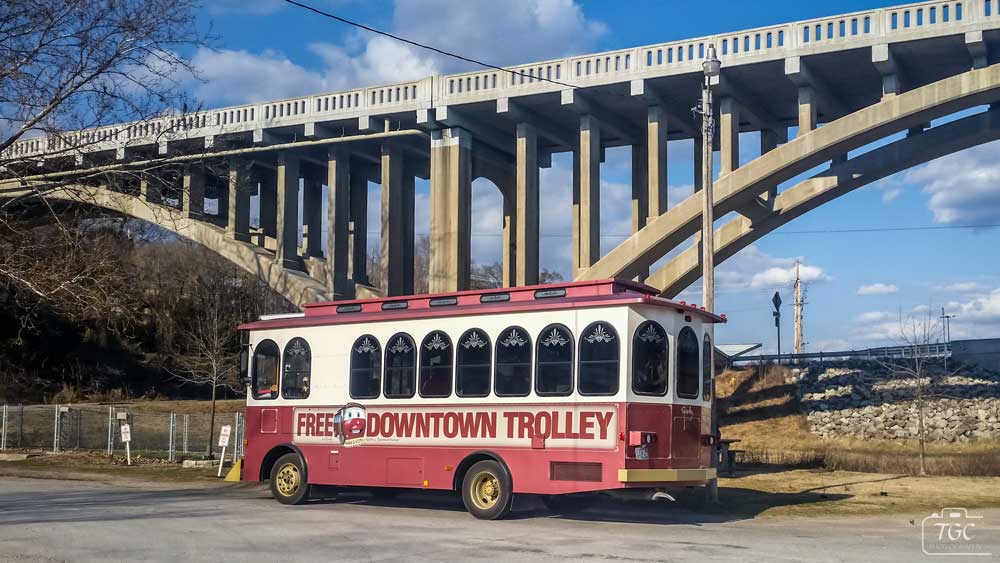 Thanks to TGC Photography for sharing many of these pictures with us!