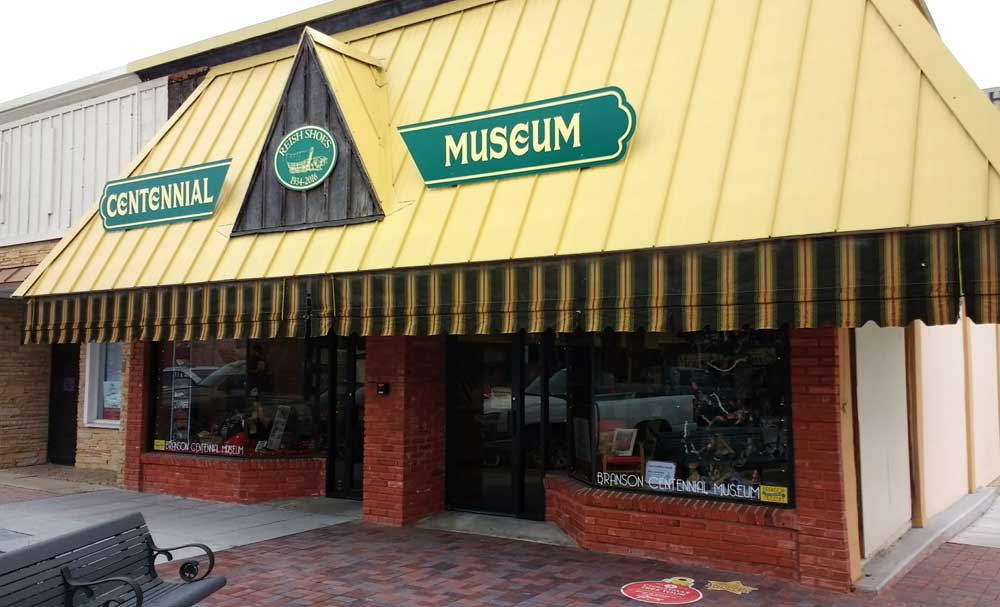 One of the city’s top free attractions is the Branson Centennial Museum, now located at the corner of Commercial and Pacific streets in Historic Downtown Branson. It’s easily accessed on the RideSparky trolley system by using Stop #12.

The museum opened on April 1, 2012, the 100th anniversary of Branson’s incorporation as a city and was originally at the corner of Business Highway 65 (Veterans Boulevard) and Main Street. In 2016, the museum moved to its permanent home in the former Reish Shoe building at 120 S. Commercial.

Curated by the White River Valley Historical Society, the museum tells the unique and colorful history of the Branson area and how this small mountain town became one of the top tourism destinations in America. You can see pioneer-era artifacts, autographs of famous musicians and many priceless photographs and newspapers.

Exhibits and displays are constantly changing, so even if you’ve been to this unique attraction before, you’re sure to see something new!

Admission is free, but the museum does accept donations for its continued operation.